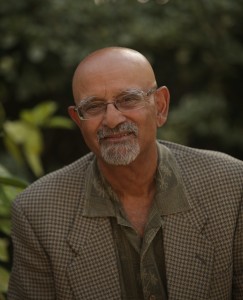 Ashok Khanna was a Development Economics Consultant. He provided analysis and advice on industrial, trade and finance policies and institutions that promote private sector development to countries that are clients of the World Bank. In his 25 plus years association with the World Bank on staff and as a consultant, he worked on several countries in Asia, including India and China, and some countries in Eastern Europe, Africa and the Middle East. Dr. Khanna’s prior experience was as an assistant professor of international business at the Stern Graduate School of Business at New York University. Earlier, he worked with Deloitte Touche in London and New York. He holds a B.Sc (Econ) from London University (London School of Economics) and an MBA and PhD from Stanford University. He is also a Chartered Accountant (UK). He has written extensively on economic policy and emerging markets and, more recently, travelogues and a book.

He became fascinated by other places and cultures at a young age leafing through geography books and playing a game that needed knowledge of country capitals.  He got his first chance to travel out of India when he was seventeen and has not stopped traveling since.  That trip was by ship to East Africa for nine months.  It was his gap year before entering college in London, another journey by ship that stopped in Aden, Genoa and Gibraltar, allowing him to glimpse other cultures.  Easy and convenient student travel arrangements and long breaks from college facilitated exploring Europe from Norway to the North, to Spain to the South, to Greece to the East and many countries in between.   Since 1985, when he joined the World Bank on staff and then as a consultant, he worked in countries in Asia, Africa, East Europe, South America and the Middle East.  In 1998, he began sporadically to write travelogues for friends.  These essays increased over time as he traveled more after retiring and also cover other interests.  His first book ” Ashoka the Visionary: Life, Legend and Legacy” was published by Bloomsbury in January 2020.

Comments or questions are welcome.