Soon after arriving in London I noticed advertisements for the year-end Masters Tennis Tournament.  I have wanted to see Federer play live for the longest time and kept missing him.  Having followed tennis since the 1950’s, and seen great players such as Kramer, Gonzales, Rosewall, Hoad, Borg, McEnroe, Sampras and others, Federer is definitely the greatest player of my lifetime.  I was determined to catch this opportunity.  It did take determination too because I failed to succeed in ordering tickets from the UK Ticketmasters website and they did not have a telephone or office contact.  I tried them all.  Eventually, I took a chance and travelled an hour to the arena, but even there the line was long and progress really slow.  Eventually, my persistence paid off and I got a good seat.O2 is everywhere, but in London it is also an impressive arena.  The huge dome, supported by a symmetrical cobweb of steel, seats more than 20,000 people for events.  From the outside it looks like a space ship circled by antennae that reach high in the sky.  Federer played against Andy Murray, usually a tough opponent for him.  It wasn’t a close match that Federer won easily, but there were points in which Federer’s ballet-like movements, flash switches from defense to offence and touch shots were on display.  These were breathtaking moments.  He ended up winning the tournament, beating his nemesis Nadal in the final. 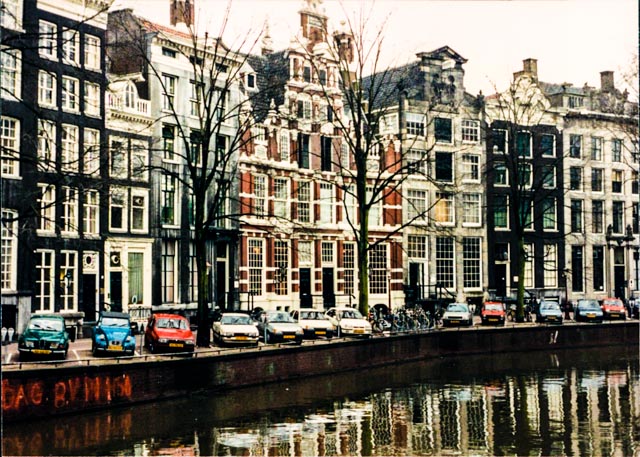 I got to the O2 complex on the Jubilee Line of London’s underground system.  It’s the newest line that has spacious modern stations, many of them above ground.  It passes the docklands, a relatively newly developed area with high-rise apartments and office buildings sporting glass and steel that I had not seen before.  On my many short visits to London in the past few decades, I roam within central London where the cultural venues are situated and friends live.  This time, I also wandered around the Imperial Wharf area, where a friend had bought a flat.  It has several new apartment complexes, a large hotel and office space along the river in Chelsea.  Other than the City’s skyline, usually the only modern structures I see are renovations inside institutional buildings and older houses.  These newer areas of London look like parts of cities on the East Coast, especially in November’s overcast sky, cold and drizzle.

My other novel experience in London was to visit a friend in hospital, the Royal Free in Belsize Park.  Because I’d never been in a hospital in my life, I was anxious.  I expected the chaos and frenzy depicted on TV medical shows with germs flying around everywhere, but the place was calm and clean.  His large ward had four beds, three occupied by ageing men who had hips replaced.  The procedure went smoothly for all of them and, on several subsequent visits, I found the staff professional and courteous.  Rehabilitation equipment was delivered to my friend’s flat and a nurse visited him the day after he went home.  Yes, there were short delays in his release because an X-ray machine had broken down and the rehabilitation equipment was delivered later than expected, but well before his return home.  In his view, and that of the others in his ward, the National Health Service won high marks.  So much for the American phobia about socialized medicine.

Day-to-day living in London is similar to other big cities in the world.  The subway system was easy to use and the fastest way to get around.  Locals complained about the delays, especially at weekends, caused by construction for the 2012 Olympics.  Not being in a rush to get anywhere, I didn’t feel any frustration.  The nearest stations were, however, almost a mile from my flat.  I walked a lot to just get around, but briskly because of the cold.  The temperature wasn’t particularly low, but the atmosphere was heavy. It seeps through the clothes globs on to the body.   Older people (my age in other words) were having a hard time, all bundled up and moving carefully and slowly. 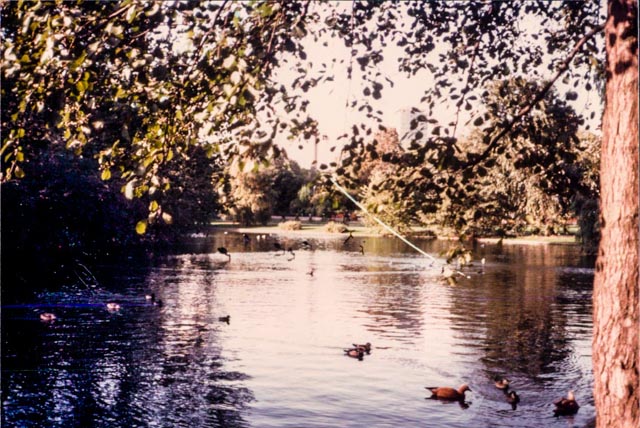 The flat I rented was in Hampstead, an area in North West London where I lived as a young man.  I liked it then and on this visit, especially because of its proximity to Hampstead Heath, the largest open space in the city.  It has miles and miles of walks on manicured paths or grass and mud, an art gallery and open-air orchestra pit at one end, running track and tennis courts at the other and natural ponds for swimming on both sides.  I wandered the Heath as much as I could without re-injuring my Achilles tendon.

The closest main road to my flat was Hampstead High Street.  It is full of small shops and places to eat and drink.  I wondered how the eateries survive in such close proximity.  On my first day, I found a tiny “supermarket” in an obscure location to buy some basic necessities.  Later, I also found small specialty stores for coffee, cheese and wine—the very shop I used 45 years ago.  The cheese stall was one of several in the Hampstead Community Market, something like our Farmers Markets, tucked away in a small alley.  It offered tastings from huge wheels of cheese.  The Colea from Ireland and Stichelton (not Stilton) tasted good.

Walking up and down the High Street brought back memories, good and bad.  The nice flat I shared with friends on Redington Road, still a swish address, came to mind and meals with friends at the Huntsman on Flask walk, Le Cellier du Midi on Church Road, Giraffe on Heath Street (the last two still functioning) and many drinks in pubs like the Flask, Freemasons Arms, and Spaniard.  On the flip side, I remember looking at index cards advertising rooms to let pinned on boards outside newsagents that clearly said Indians or Coloreds were not welcome.  At times the index card did not make that clear, but I found out when the landlord opened the door, took a look at me and shut it without a word.  In a twist of fate, the newsagents are now all owned by Indians the richest man in the UK is a self-made Indian, two of Britain’s premier car companies (Jaguar and Land Rover) are owned by an Indian company and many Indians sit in the House of Lords.

In a few days I discovered a smaller shopping area on the other side of my apartment with a big supermarket and more places to eat and drink.  The supermarket had all the usual goods, but packaged in smaller quantities.  The large variety of prepared foods catering to busy people was noticeable.  With that and the many places to eat, no one cooks at home any longer I suppose.  I liked the prepared Indian food and cheese best.  Frustratingly, the check-out process was slow, in keeping with the pace of life.

I tried a few restaurants, sticking to traditional English offerings such as an English breakfast and fried fish and chips, hoping that they would be done well.  They were good, but not memorable.  In my student days, the food in London was dreadful, leaving many of us depressed from malnourishment.  Yes, it has improved substantially since, but remains far behind San Francisco, especially in value terms.  I’m sure there are great restaurants in London, but they are extremely expensive, I was told. 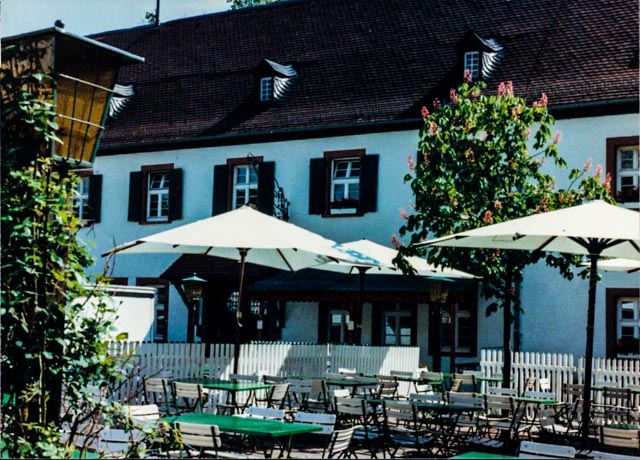 London felt less rushed than New York or Hong Kong and people are polite.  I heard “sorry” and “excuse me” more often than any other words in public even though it was rare to hear the English language in subways.  Central London feels dominated by the non-British, whether residents or visitors.  It’s especially noticeable at weekends when many Europeans descend on London on cheap flights and by train.  The city truly is the global city of the world.

I managed to squeeze in five cultural events—three plays and two museum exhibits.  Expectedly, the plays were of a high standard, even the two in suburban theaters.  The best was “The Train Driver”, written by Athol Fugard and performed at the Hampstead Theater.   A White train driver driven by the guilt of running over a mother and child, clearly a suicide, befriends a Black grave-digger while searching for the woman’s grave.  The Black man begrudgingly offers the White shelter and, in time, friendship.  Against the Black’s warnings, the White man ventures out of the gravesite and is bludgeoned to death by youths who use the grave-digger’s shovel to do the deed.  Because the shovel becomes evidence in the crime, the Black man loses his livelihood.

“Hamlet” at the National Theater was enthralling even though I had difficulty catching all the Elizabethan English from my seat, which was right at the back.  The best I could do for the sold out show was wait for “returns” and take whatever I could get.  Kinnear, who acted the part of Hamlet, was much more energetic and engaged than in earlier performances I had seen of the play in which the prince was portrayed as pensive and melancholy.  The other actors’ performances were competent, but not outstanding.  The third play was a multimedia production on a small stage in Hammersmith.  It took some effort finding the place.  The play was not memorable, but it was ingeniously presented and humorous with serious undertones.  All the theaters had restaurants where many of the audience, including myself, had dinner before the play.

The Tate Modern had an exhibition of Gauguin paintings.  I went reluctantly.  While the colors he uses are visually appealing, in my opinion his depiction of people is simplistic, rather like a child’s.  Was I wrong.  “Ignorance is like an exotic flower ” said Oscar Wilde “touch it and the bloom is gone”.  Gauguin’s body of work shows complexity, depth and development.  He too was complicated, moving from bourgeois banking to penurious artist and from place to place.  The British Museum presented the Egyptian Book of the Dead, an exhibition on how the Pharaoh’s and other important personages prepared for life after death.  The exhibit was arranged as a maze in the museum’s Great Hall covered by a glass dome that is a smaller version of O2.  Despite restricting entry by time, the traffic through the maze was dense.  It was difficult to see the scrolls or read the comments.  The congestion caused heat and visitors had to disrobe coats and sweaters, making movement through the maze a challenge.  It was not a satisfying visit and quite uncomfortable too.

I spent time with old (in both senses of the word) friends and reconnected with a couple of other people I knew from college.  All are very engaged in life and take a lively interest in world affairs if not also participate in influencing policy.  Discussions during meals were lively and fun.  I would enjoy spending more time in London.  But the expense and weather are barriers.